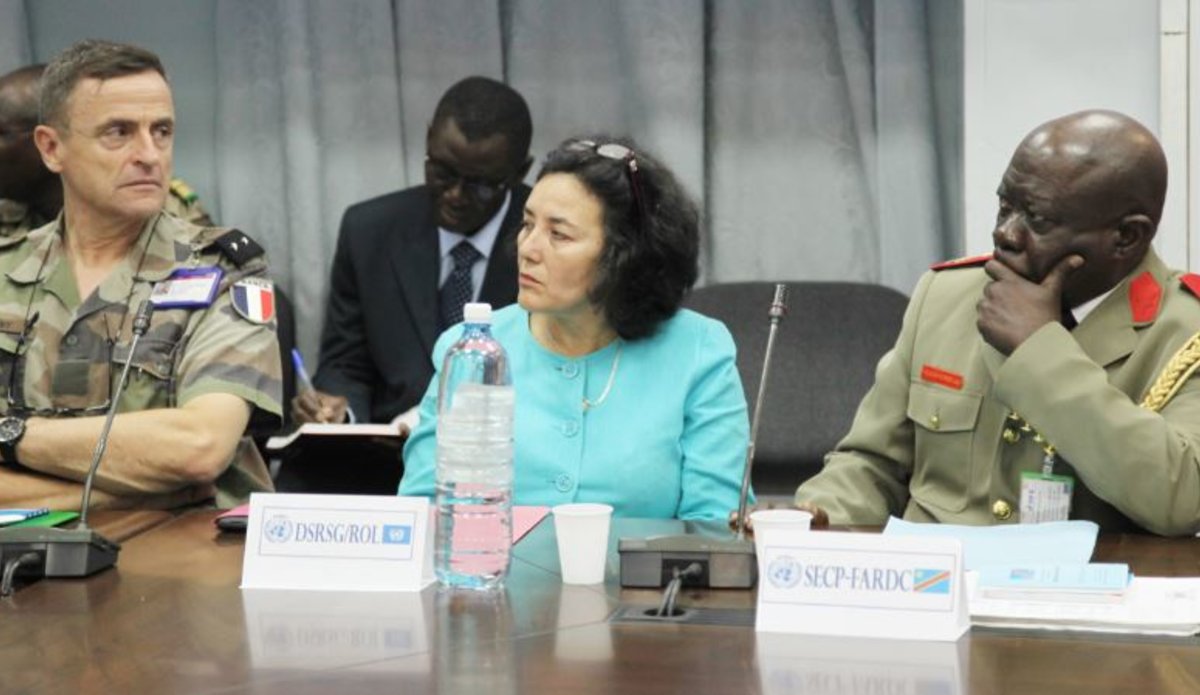 In accordance to the UN Security Council Resolution 1856 (2008), MONUC intervenes in three pillars of SSR: the Defense, the Police and the Justice.

SSR-MONUC is assigned to assure the army training and capacity building; To liaise with international partners, notably EUSEC and EUPOL; To support the Congolese government in the Security Sector Reform process in order to build a credible, cohesive and disciplined army; To develop the National Police capacity and related law enforcement agencies.

SSR essentially aims at the efficient and effective provision of state and human security within a democratic governance framework. The concept of SSR is holistic in its approach and all the relevant topics, actors and instruments should be included into the process.

SSR Coordination unit, as a strategic showcase, enables a political interaction between the macro level representatives and the organized civil society.The civil society, notably women and children are mainly affected by the conflict and constitute 75% of refugees and displaced persons.

SSR fully integrates gender issues in its agenda, recognizing this component as a key to operational effectiveness, local ownership and strengthened oversight, increasing the recruitment of female staff, preventing human rights violations, and collaborating with women’s organizations contribute to creating an efficient, accountable and participatory security sector, which responds to the specific needs of the population.

To lead up the DRC Government to concrete expression of human security, SSR integrates concrete practical initiatives in its agenda, taking for instance the lead of one of the four components developed in the Sexual Gender Based Violence Global Strategy, focusing on training and awareness raising amongst the DRC security forces and agents (FARDC and PNC), the strengthening of accountability mechanisms, and the introducing of a vetting mechanism.

In line with the Security Council Resolution, SSR will increase the awareness with relation to the cross-cutting issues such as Human Rights, Child Protection, VIH-Sida and Mine awareness, by integrating notably, all those components in the FARDC training.