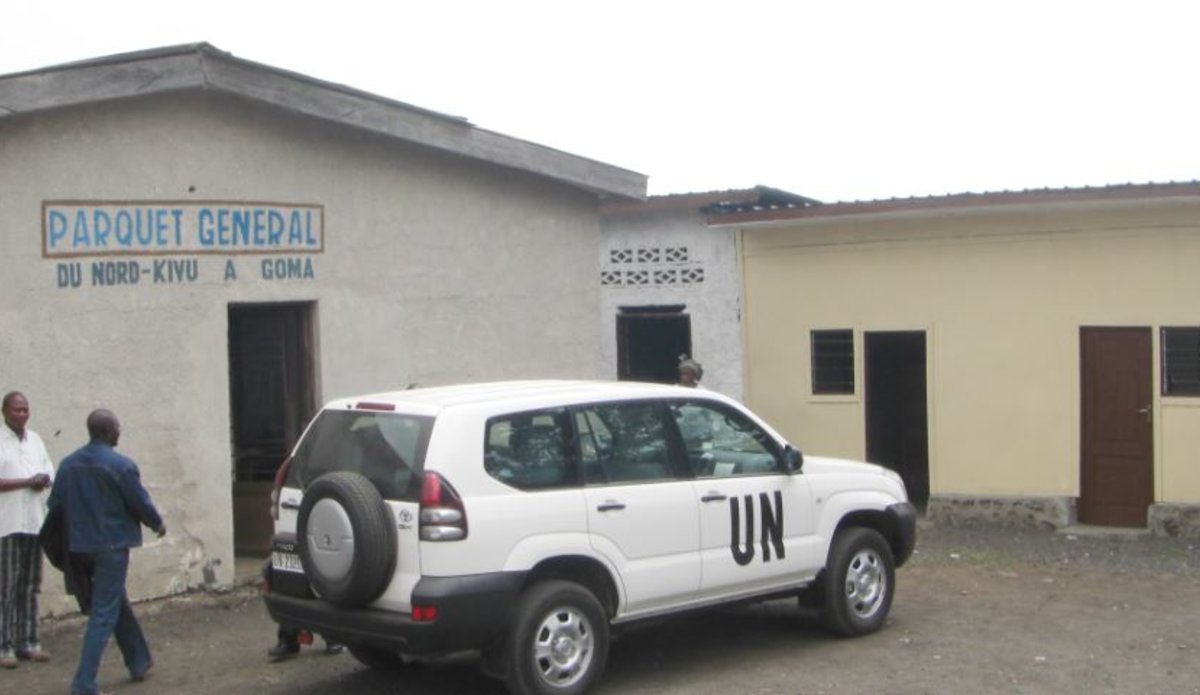 Established in 2004 as a small unit to advise on a range of rule of law issues, the MONUC Rule of Law section has since expanded to support wider security sector reform, including civilian and military justice and reform of the penitentiary system.

Rule of law is a principle of governance in which all persons, institutions and entities, public and private, including the State itself, are accountable to laws that are publicly promulgated, equally enforced and independently adjudicated, and which are consistent with international human rights norms and standards.

Laying strong legal foundations for transparent, accountable and efficient democratic institutions governed by this principle is crucial for the success of the establishment of lasting and sustainable peace.

Mandated by UN Security Council resolution 1856 to support the strengthening of democratic institutions and the rule of law, MONUC, among others, contributes to the promotion of good governance and respect for the principle of accountability. Moreover, MONUC supports the DRC Government in strengthening the capacity of the judicial and correctional systems, including the military justice system.

An essential component in the system of checks and balances, an independent, impartial and efficient judiciary is often seen as a crucial guarantee of political stability and security, indispensable to curb abuse of political and military power.

In the wake of a conflict, building domestic justice capacities, including strong criminal justice legislative framework, is imperative to address the root causes of the conflict, fight impunity and prevent abuse of power and recurrence of conflict.

Indeed, the United Nations experience in the past decade has demonstrated clearly that the consolidation of peace in the immediate post-conflict period, as well as the maintenance of peace in the long term, cannot be achieved unless the population is confident that redress for grievances can be obtained through legitimate structures for the peaceful settlement of disputes and the fair administration of justice.

Despite some progress made by the Congolese government in fighting impunity, heinous crimes against civilians, including rampant sexual violence, often go unpunished. Putting an end to impunity is a daunting task that cannot be achieved unless efficient judicial mechanisms are in place and operational.

Thus one of the key objectives of MONUC’s Rule of Law Section is to support civilian and military justice systems that are more effective in delivering justice. An effective justice system inspires confidence in the public and contributes to security and political stability.

The Rule of Law section has adopted a three-tiered approach to the support to the justice system, providing, firstly, immediate assistance to enable existing DRC capacity to be fully maximized.